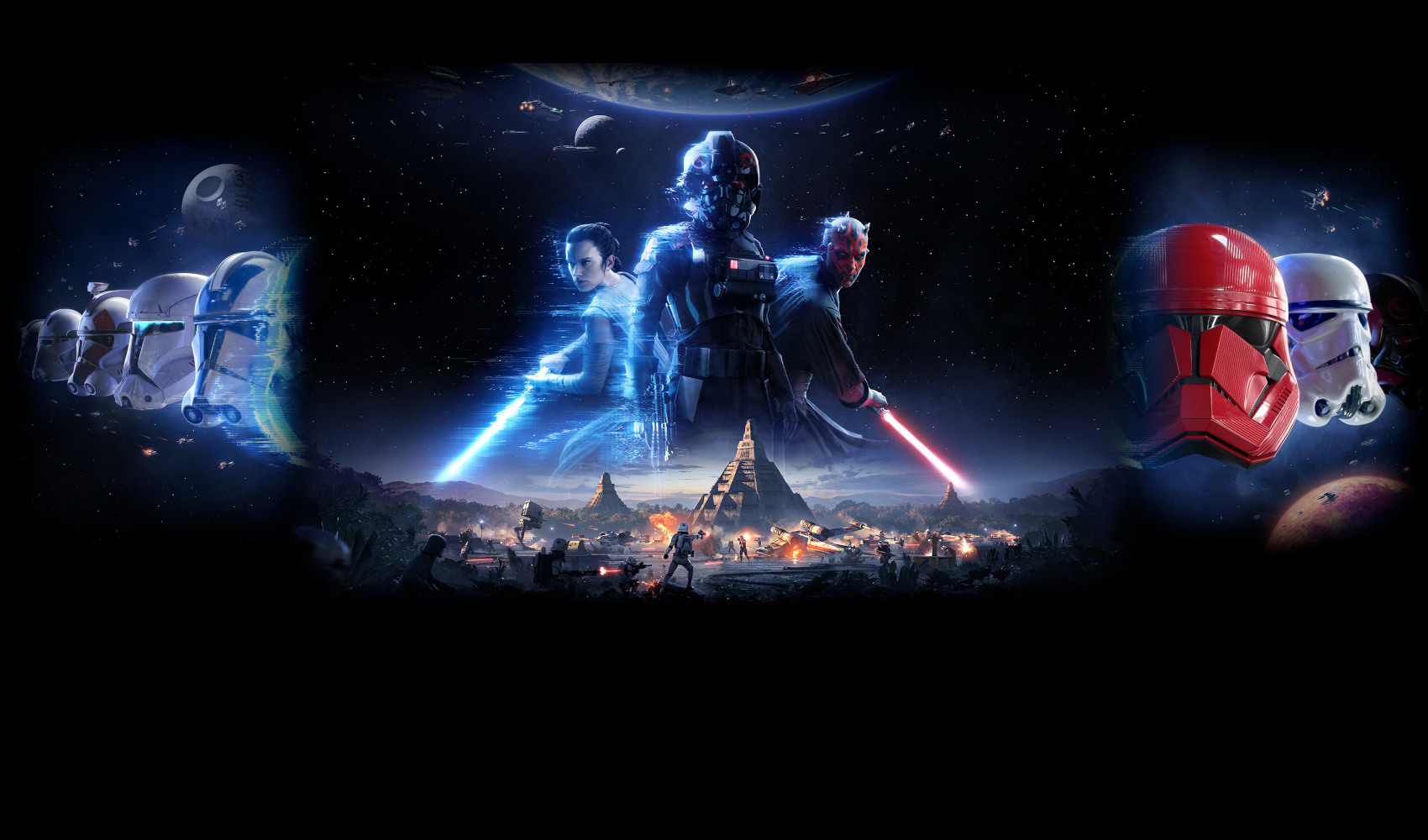 What's on your mind?

Gear attaches to a trooper's back, and different types of gear provide different perks. Only one type of gear can be equipped at once.

Sensor Pack: Reveals all enemies in a 20 meter radius.

Energy Cell: Allows the trooper to fire their blaster for a greater period of time before reloading.

Sensor Jammer: Block radar of all enemies in a 10 meter radius. (suggested by Darthpalps1)

What do you think of this idea? Tell me below in the comments.

I dont know the admins summon them

So I’m sharing this as I hope this helps anyone who may have this problem arise for them as I did today while trying to get onto battlefront 2.

So I had a screen pop up saying my account wasn’t recognized. This ig is an issue sometimes on EA games but don’t panic. The reason I’m posting this is for people who don’t have origin accounts or don’t know about origin. So if your on Xbox or PSN and you get this message go to your email that is tied to it. You should have an email talking about a password reset. Follow those steps and reset your password and bing bang boom you can play battlefront 2 again. Hope this helps someone out at least because the Internet sure didn’t help me.

So recently i have been bullied on HVV and i have just been really bad sooo does anyone have tips?

If the game is now complete then why are you all asking for more updates and new things?

I thought they would give us that since we got ep.4 skins for Luke han and leia so that we would have the complete set. Also because it was the starting point for star wars it would have been cool for them to honor one of the original actors for an iconic character in that way. Any one else feel this way?

I did a post a few days ago with a rickroll and now I cant find it. i know it's cruel but Lamosq did u ban it? i just wanted to know where it went

I know we have Ewok Hunt as an infection mode,yet how about Project Blackwing or in story “The Sickness”. It would take place on a Classic Star Destroyer,it would have every class and special character other than Heroes,ships,and vehicles. As a non-infected you have to reactivate power,get any information before Project Blackwing infected the Destroyer,locate a Transport,and get to it. As an infected you have to infect everyone,you can be a Infected Officer or Infected Trooper,either way they are the same yet look different. As an ending cutscene if they escape it will show the transport flying away with a transmission of an Officer saying “Good job,now get back to the [Name of destroyer you name it}”,and for the infected victory Cutscene it would be the Destroyer floating in deep space with a distress signal being played in the background. Please make this mode in a new update for Star Wars Battlefront 2 or if you make Star Wars Battlefront 3,mainly for both. Plus if you can,make a story of where the First Order discovering this Destroyer,before Force Awakens or Last Jedi.

There have been some posts regarding Star Wars: Squadrons on this board, but unfortunately since this is Star Wars Battlefront Wiki they are off-topic and must be deleted. Follow the link below and you are free to discuss Squadrons over there.

Visit the Star Wars: Squadrons Discussions board with this link: https://squadrons.fandom.com/f

Cal’s FORCE SLOW has a greater effect on enemies affected by the ability, slowing down their speed while the ability is active

Cal can pull targets all the way to him with ALL OUT PULL, allowing him to swing his blade during the pull, but the amount of possible targets is reduced

Both of Cal’s force abilities have shorter recharge times

Cal deals more damage with his saber swings, but his swing speed is slowed to 1 swing per sec

Cal is a survivor, therefore he has increased health

Heavy Strike: Cal will split his saber in two and slash them forward in an X-shape, dealing 65 damage, then he will grab their arm and pull them towards him, kick them in the back, dealing 25 damage and forcing them into a crouching position, pulling himself over their back and slashing their chest with a blow that deals 100 damage.

Block: Cal will hold his saber up in front of him pointed upwards left or right. When he is deflecting blasters he will spin his blade. When he blocks in the air he will quickly fall to the ground and land still blocking.

Saber Lock: When Cal wins a Saber Lock he will deactivate his lightsaber, allowing the enemy to swing their lightsaber at him but he will dodge the blade by moving his upper body backward, then he will throw them backward with the force, dealing 25 damage and staggering them for an extra 1.5 seconds than the other saber heroes.

Whoever this moderator is that keeps locking posts u litterally suck.