2-Flag CTF is a game mode in the Battlefront series.

In 2-Flag Capture the Flag, each team has a flag in their base that the other team must try to capture. To score a point, one must break through the enemy's defenses, grab the enemy flag and deliver it to your team's capture zone. As with 1-Flag Capture the Flag, capturing the flag yields a point and the first team to reach the score limit wins.

Strategy is a major factor, as you you have to balance your team's resources between defending your own flag and attempting to capture the enemy's flag. Some good strategies include guarding your flag with mines or with a detpack. 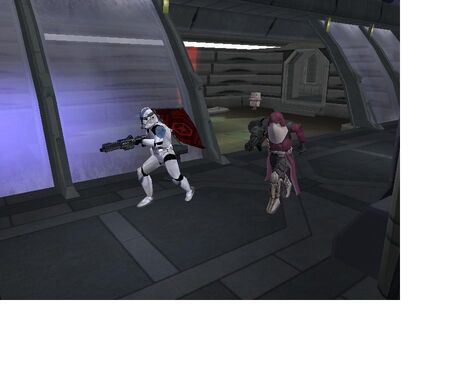 Retrieved from "https://battlefront.fandom.com/wiki/2-Flag_Capture_the_Flag?oldid=86531"
Community content is available under CC-BY-SA unless otherwise noted.