"As the primary armored vehicle of the Galactic Republic, the six-legged All Terrain Tactical Enforcer maintained an arsenal of six laser cannons and a powerful mass-driver on top while also acting as a troop transport."
— In-game description

The AT-TE (All Terrain Tactical Enforcer) is a ground vehicle for the Galactic Republic in DICE's Star Wars Battlefront II. It was released on November 28, 2018 along with the new Geonosis map in Galactic Assault.[1][2]

The AT-TE walker is available for the Galactic Republic on Geonosis: Trippa Hive in Galactic Assault and Felucia: Tagata in Supremacy, Instant Action. The AT-TE is the largest vehicle in the game, and is not on rails, meaning that it can be freely and fully controlled by the player. [3]

Unlike most other vehicles in Galactic Assault, the AT-TE walker cannot be purchased for Battle Points and spawned into from the spawn screen; instead, it is manually entered in-game on the battlefront. AT-TE walkers are dynamically dropped on the map by LAAT/c transports in the second phase on Trippa Hive and approximately 30 seconds into the game on Felucia. The AT-TE walkers are able to output great amounts of damage to enemy targets. However, they are slow and their underside is a weakpoint, being more susceptible to damage than other parts of the walker. The AT-TE has a has a large health pool, but can not be repaired if damaged. The AT-TE has a very slow movement speed compared to other player-controlled vehicles in the game and can easily be out-flanked by enemies if there is no support from teammates. On Geonosis it is advised to always be moving towards the objective unless you’re in Siege Mode. On Felucia, the AT-TE is better used to control a single Command Post due to it’s poor mobility.

Siege Mode will fire the dorsal mounted mass driver cannon causing damage to those in its blast range,[4] while the Tactical Support ability provides support to nearby allies. Not only will it refresh their abilities, but it will also scan the nearby vicinity for Enemies.[4] The final ability, Ion Charge, can only be used in siege mode. The Ion Charge is used to disable the Hardcell Transport’s shields so they can be damaged by other weapons. This ability comes with a long cooldown and limited firing range due to a large firing arc. The Ion Charge will also deal a great amount of splash damage to enemy personnel and vehicles in its blast radius.[4]

A work-in-progress look at the AT-TE

Gameplay of an AT-TE on Geonosis 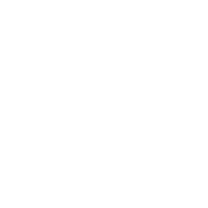 The counter icon for the AT-TE, used in Galactic Assault