The Anti-Troopers were an army of rogue clones made by the Prime Minister of Kamino in an effort to destroy the Empire, or at least drive them off Kamino. They fought during Kamino - Changing of the Guard against The Galactic Empire. They were completely defeated during this conflict.

Strategies in defeating the Anti-TroopersEdit

An ARC Rail Trooper in a mod. 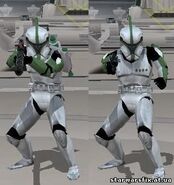 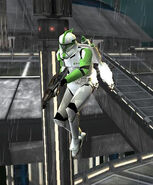 A Clone Anti-trooper flying into battle on Kamino. 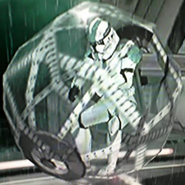 Retrieved from "https://battlefront.fandom.com/wiki/Anti-Troopers?oldid=86603"
Community content is available under CC-BY-SA unless otherwise noted.