"Used for dogfights and for bombing runs against capital ships and ground targets, the BTL-B Y-wing is the workhorse of the Republic Navy."
— In-game Description

The BTL-B Y-Wing is a vehicle for the Galactic Republic in DICE's Star Wars Battlefront II. It is the Bomber class in the game.

The BTL-B Y-Wing has three abilities to use:

The Y-Wing as featured in the game. 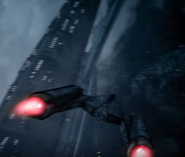 The BTL-B as seen in the Starfighter Assault trailer. 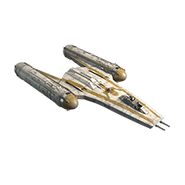 In-game icon for the BTL-B Y-Wing.
Add a photo to this gallery

Retrieved from "https://battlefront.fandom.com/wiki/BTL-B_Y-Wing?oldid=74687"
Community content is available under CC-BY-SA unless otherwise noted.