The Battle of Geonosis Update is an update for DICE's Star Wars Battlefront II that was released on November 28, 2018.[1][2][3]

The update most notably includes the release of Geonosis to the game as a Galactic Assault map, Trippa Hive, as well as the light side Republic hero Obi-Wan Kenobi and the 212th Attack Battalion Appearances. Other notable additions and changes include:

One Community Update video was released detailing the content of the update.

Changes to Classes and Special Units[] 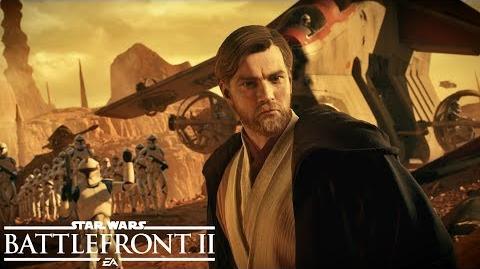