Chewbacca is extremely effective in close-quarters, as his Bowcaster bolts have large splash damage. His hero trait, Furious Firing, increases the amount of bolts he can fire from his Bowcaster at any one time from one at the base trait level to four at rank three.

"Chewbacca uses his Bowcaster to fire charged shots at his enemies and his physical strength to pummel and smash close targets. He is hardy enough to withstand even the most powerful attacks."
— In-game description

Chewbacca returns in DICE's Star Wars Battlefront II, as a Hero for all Light Side factions: the Galactic Republic, the Rebel Alliance and the Resistance.

Chewbacca is a ferocious hero, and can take on all types of enemy targets. His bowcaster is a hard-hitting weapon with no heat buildup (compared to the Wookiee Warrior). However, it does suffer at range and cannot fire as fast as other blasters. Though it has splash damage, aiming is key. Since The Age of Rebellion Update, zoomed-in shots without Furious Bowcaster active cause a small explosion.

Chewbacca's Stun Grenade is able to immobilize enemies, leaving them open for damage; a star card can be equipped to make them much more vulnerable, and larger area and longer durations are available.

Although Chewbacca can dish out high damage, he is a very big target due to his size. Though he has a way to increase max Health and grant damage reduction through Star Cards, he also does not have one to increase his health regeneration, so he is very susceptible to damage. Because of this and with him being more effective at close range engagements, Chewbacca can lose health quickly in situations.

"If you need to focus on a single target, Chewbacca’s Bowcaster can fire a tighter spread of shots by using the alternate fire."
— First hint
"Chewbacca’s Slam can be activated at any time he is charging by repressing the ability button"
— Second hint
"Chewbacca’s high survivability and powerful abilities make him great in close quarters engagements"
— Third hint

"Arm-Tearing madness from the Wookie!"
— Heroes vs. Villains Announcer

"A definitive closing statement from the ever-eloquent Chewbacca."
— Heroes vs. Villains Announcer

Chewbacca as he appeared in Star Wars Battlefront.

Chewbacca as he appeared in Star Wars Battlefront II.

Chewbacca's model before being updated. 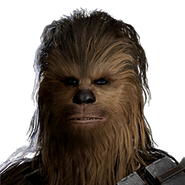 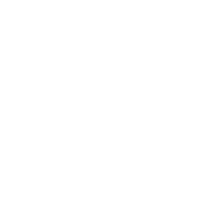 The old icon for Furious Bowcaster.