Command Posts, or CPs, are key spots on the battlefield. They appear in different colors to represent the faction they belong to. If they appear green (or blue in Battlefront II), then it belongs to your team. If the CP is red, then the command post is your enemy's. In Battlefront there are also yellow coloured neutral command posts that spawn neutral teams which side with no one. These NPCs include Wookiees, Tusken Raiders, Jawas, Gungans and the Royal Naboo. This format is not to be confused with any good side or bad side format because blue/green is always you and red is always the enemy.  White CP's are owned by neither team and may be captured by either. 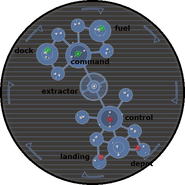 A map the shows the command posts where you spawn. 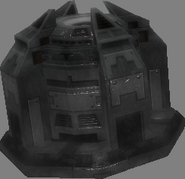 A fixed CP.
Add a photo to this gallery
Retrieved from "https://battlefront.fandom.com/wiki/Command_Post/Original?oldid=100138"
Community content is available under CC-BY-SA unless otherwise noted.