All content in Battlefront and Battlefront II, excluding pre-order exclusives or items locked behind milestones, can be unlocked with Credits.

In Battlefront, Credits are earned by completing Missions, Challenges, Accomplishments, or playing matches. At the end of every match, 10% of the score earned in that round are converted into Credits. Credits can be used to upgrade Star Cards and unlock skins, Hutt Contracts, and weapons.

In Battlefront II, Credits are the primary in-game currency that can be used to purchase a variety of cosmetic items, such as hero and trooper Appearances, Emotes, Voice Overs, and Victory Poses. These cosmetics can also be purchased with Crystals, the game's microtransaction currency. Previously, Credits could be used to purchase Loot Crates and hero characters, but this functionality, along with Loot Crates being tied to multiplayer progression, was disabled in the 2.0 Patch. The Night on Endor Update re-enabled the use of Credits, allowing players to use it to purchase cosmetics only.

Credits can be earned a variety of ways. One way is by playing matches online or in Arcade. The amount of Credits earned at the end of an online match depends on the length of the match, team results (win/lose), and individual scoreboard placement. A lengthy match, winning a match, or having a high scoreboard placement grants a small Credit bonus.

In Arcade, the first fifteen Arcade matches the player completes every day while connected to EA servers grants 200-250 Credits, granting a total of 3,000 Credits daily for playing Arcade. Any additional matches played beyond that will not yield any credits.

Credits can also be earned by completing certain Milestones and Challenges. Players receive three Daily Challenges every day, each worth 500 Credits. In the Cooperation Update, this was increased to four Daily Challenges, done so in order to offset the removal of the Daily Crate.

Other ways to earn Credits include increasing Player Rank and leveling units up. Every increase in the player's Rank grants 3,000 Credits, except when the player reaches a Rank that is a multiple of 5 (Rank 5, 10, 15, etc.), in which case they are rewarded 5,000 Credits. Additionally, leveling a class or hero to its maximum level before hitting Prestige grants 1,000 Credits. The only exception is the Artillery class, which grants 1,000 Credits every time it is leveled up until Prestige. 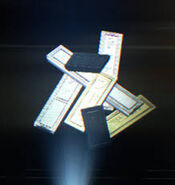