The Droid Tri-Fighter is the interceptor starship for the CIS. It is specifically built for tracking and destroying enemy starfighters.

Tri-Fighters are very agile, but require quite a bit of skill to handle correctly. If you can, you will quickly become a nuisance to the enemy, taking out ships quickly and skillfully almost before the enemy player realises they have been attacked. This is very handy for accumulating the points you cannot get from only taking out the critical points of the enemy Capital Ship. There are sure to be many of these ships present in any game in space. (Equivalent- Republic Interceptor, TIE Interceptor, A-Wing).

A Droid Tri-Fighter flying in space. 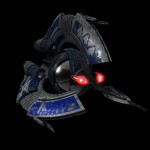 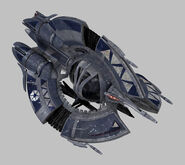 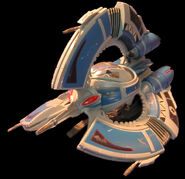 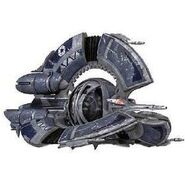 Retrieved from "https://battlefront.fandom.com/wiki/Droid_Tri-Fighter?oldid=87810"
Community content is available under CC-BY-SA unless otherwise noted.