Start a Wiki
watch 01:53
The Loop (Games)
Do you like this video?
“His High Exaltedness, the great... Jabba the Hutt, has decreed that you are to be terminated immediately.”

REASON: Content is unconfirmed and images could easily be from a mod.

If you disagree with its deletion, please explain why at Category talk:Candidates for deletion or improve the page and remove the {{delete}} tag.

Remember to check what links here and the the page history before deleting.

Note: the title of this article is conjectural. 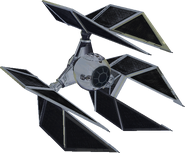 A B-Wing
Add a photo to this gallery

Retrieved from "https://battlefront.fandom.com/wiki/Escorts?oldid=86914"
Community content is available under CC-BY-SA unless otherwise noted.