"Finn is here! He knows all the tricks of the First Order!"
— Resistance announcer, when a Finn player spawns

"The traitor calling himself Finn has been seen. He is to be executed on the spot!"
— First Order announcer, when an opposing Finn player spawns 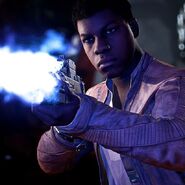 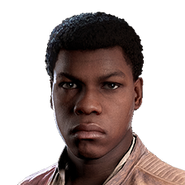