The planet is home to an Imperial shipyard that the main protagonist of the game's campaign, Iden Versio, visits at least once sometime after the Battle of Endor. So far, only one Imperial Star Destroyer has been seen docked with the shipyard.

The following are locations set on Fondor and the game modes they are available in: 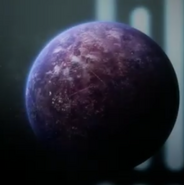