Grenades are the most common secondary weapons in the games. They are small charges of an explosive that will detonate a couple of seconds after the grenade has been thrown. Due to gravity, when throwing a grenade, you will be more likely to have to aim the reticule above your target. Although not the most damaging explosive on the game, they are very popular and do enough damage for their purpose. For a normal Stormtrooper and Rebel Soldier, the grenade explodes a few seconds after contact with the ground. In Battlefront 1, grenades do not stick, with the exception of Concussion Grenades, but in SWBF2 they can adhere to vehicles and turrets.

There are other types of grenade in game that are not obtainable, these are the Radiation Grenade, launched from the Radiation Launcher, and the NPC EMP grenade and thermal detonators, fired from the Imperial and Republic Grenade Launchers, and EMP Launchers. Also including the similar Wrist Rocket of the Super Battle Droid.

The Wrist Rocket used by the Super Battle Droid, and The Fetts, serves the same function as the grenade, however it is launched rather than thrown from the unit. 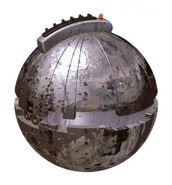 A Thermal Detonator (A type of grenade) 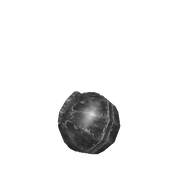 The Impact Grenade as it appears in the 2015 Star Wars Battlfront.
Add a photo to this gallery

Retrieved from "https://battlefront.fandom.com/wiki/Grenade?oldid=87035"
Community content is available under CC-BY-SA unless otherwise noted.