Hero Pickups are assets in DICE's Star Wars Battlefront that are only available in certain game modes such as Walker Assault, Supremacy, Extraction, Sabotage, Battle Station, and Infiltration.

When activated, the player will get to choose any hero or villain depending on what team they are on. In Infiltration, players can only choose Orson Krennic or Jyn Erso.

For the Rebels, the hero pickup spawns just moments or seconds after the shipment moves. It appears near the stairs on the left interior, or sometimes appears beside a fully trapezoid shaped cargo hiding from view but its logo is shown, or it spawns in the right interior near an empty door pocket. The second one appears beside the shipment after reaching the first extraction point or near some tables at the closer left corner. For the Imperials, a hero pickup can spawn in the right interior in a hallway near some tables or in the middle of the hall, sometimes it can spawn near the corner of a wall. The second Imperial hero pickup spawns outside when the shipment reaches the last checkpoint outside depending how the team plays, it spawns in the left exterior near some piles of stones. 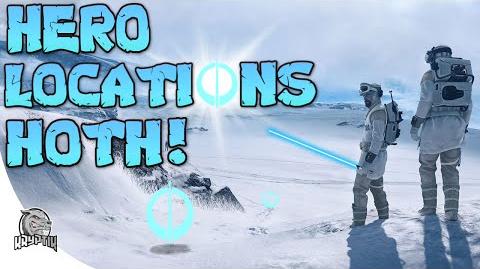