Two multiplayer maps were included in the Battle of Jakku expansion pack, released on 1 December 2015 for players who pre-ordered Star Wars Battlefront and on 8 December for everyone else. Both maps explore the events on the ground during the Battle of Jakku.

One map, Graveyard of Giants, is set in the sandy dunes of Jakku right next to several crashed Imperial Star Destroyers and one Rebel Mon Calamari Cruiser. It was designed for larger game modes such as Turning Point. The second Jakku map, Goazon Badlands, takes place in a narrower, more remote, rockier Jakku setting, and was aptly designed for smaller game modes, like Cargo. Both maps take place during the Battle of Jakku, the battle that ended the Galactic Empire.

The following is a list of maps set on Jakku along with the game modes that can be played on them:

The following is a list of maps set on Jakku and the modes they can be played in:

Destruction from the Battle of Jakku.

An AT-AT is destroyed on Jakku.

The last Imperial Super Star Destroyer, Ravager, going down during the Battle of Jakku.

An Imperial Stormtrooper brandishing a T-21 on Jakku.

A promotional render of Graveyard of Giants 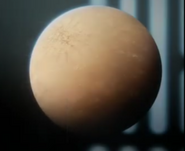