The Light Infantry Utility Vehicle, abbreviated as the LIUV, also known as the First Order Snowspeeder, is a Speeder vehicle available to the First Order on the Precinct 47 map on Starkiller Base. The Resistance also has access to a stolen LIUV.

The First Order's Snowspeeder is a light assault ground vehicle part of the Speeder class. The Resistance has also stolen LIUV speeders to use on its attack on Starkiller Base. 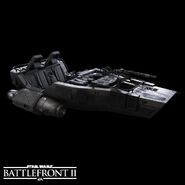 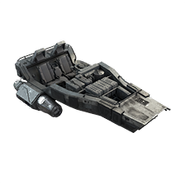 In-game icon for the LIUV.
Community content is available under CC-BY-SA unless otherwise noted.
Advertisement