An Asteroid Colony in the Outer Rim near subterell, Home to Luke and Leia. A Medical Facility is located on the Asteroid where the Rebel Alliance established a base here 0 BBY. Featuring several Medical Bays, Offices, and Hanger. If you play this level, chose Droids or Rebels. They have a big advantage.

Polis Massa is an asteroid on which is newly formed Rebel Alliance has established an outpost. It's highly important in the films, and some sequences in Star Wars Episode III: Revenge of the Sith; one where Yoda is seen meditating, and Bail Organa walks in, one where Obi-Wan flys into the Base with Padme and C3P0, and you see people staring off in a scene reminiscent of 2001: A Space Odyssey, and another where you see people walking on walkways. Finally, where the medical staff on the asteroid is asisting Padme in the birth of her twins, Luke and Leia. Therefore, the many recognizable features of this map are the room where Padme was in when she gave birth to the twins, and the room where Yoda Meditates, and disappointingly the developers left out all the other features. The many nooks and crannies make for some intense close combat, where you can be blasted the split-second you turn a corner. Also, you can take some tanks for a spin outside in space, but don't try to walk there - your health steadily and quickly decreases, that is unless you are a CIS unit.

This map heavily favours the CIS, as the Repubic's Command Post 3 can be taken easily and early in the game. Futhermore, the CIS, after capturing CP3, can spawn further up the map nearer to CP2. This advantage, combined with the CIS being able to ambush the Republic's CP1 due to the droids being able to survive in a vacuum, leads to an easy victory for the CIS. There will always be 2 or 3 Assassin Battle Droids or Rebel Marksman guarding command post 6. 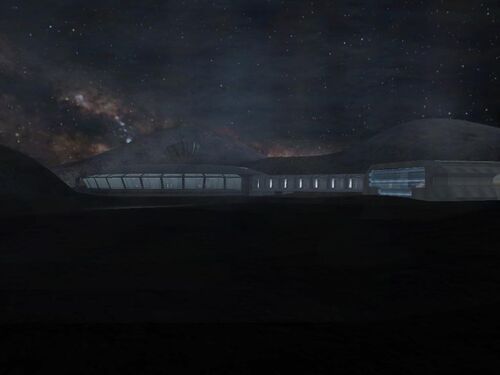 Retrieved from "https://battlefront.fandom.com/wiki/Polis_Massa:_Medical_Facility?oldid=97384"
Community content is available under CC-BY-SA unless otherwise noted.