"Rey's survival instincts give her an expanded awareness of the battlefield which she uses to ambush her enemies and confuse them with mind tricks. Her lightsaber skills allow her to finish them off up close."
— In-game description

Her ship, Rey and Chewbacca's Millennium Falcon, is playable as a Hero ship in Starfighter Assault and Hero Starfighters.

Rey is one of the most versatile and dangerous heroes in the game, and she can be played both as an offensive and supportive character. Her first ability, Dash Strike, sees Rey charge forward with her lightsaber held high, dealing damage to enemies who dare stand in her way. When dashing, Rey's general direction can be altered, though she cannot make quick turns (until the Battle on Scarif Update changed dash mechanics, allowing her to make quick turns), and the dash itself is relatively slow. However, if she lines up enough enemies in her sights, this ability can be quite effective. Her Mind Trick can cause confusion in enemies that are affected, leaving them open to attack. Battle Droid heads will rotate uncontrollably, and Stormtroopers will look lost, helpless, and confused. In multiplayer, enemy players' controls are inverted. Insight is her third ability and it reveals enemies to her and her teammates in a certain radius. It also hides Rey from the enemy radar, which allows her to coordinate flanking attacks and ambushes against enemy units.

"That was lucky."
— First emote

"I think I can handle myself."
— Fourth emote

"Are you offering me a job?"
— Upon spawning

"Look, there. There!"
— Using Insight

"Where are you?"
— Using Insight

"You want to turn away."
— Using Mind Trick

"Get away!"
— Using Mind Trick

"Go back to your homeworld."
— Using Mind Trick

"This isn't so bad."
— Outnumbering

"I get nervous when it's easy!"
— Outnumbering

"More of you? What are the odds?"
— Outnumbered

"Rey's tossing bodies. Like rocks."
— Heroes vs. Villains announcer when Rey is on a killstreak

"Leading her allies in one last Force push, Rey proves yet again why nothing can stop this rising star."
— Heroes vs. Villains announcer when Rey performs the final kill

"I feel his rage, it's like a knife."
— Spotting Darth Maul

"Kylo Ren is a monster and so are you!"
— Spotting Captain Phasma

"Trandoshan hunter. Try not to look at its teeth."
— Spotting Bossk

"Rey's tossing bodies like rocks."
— Heroes vs. Villains announcer, when a Rey player gets a 5-player killstreak

"Leading her allies in one last Force push, Rey proves yet again why nothing can stop this rising star."
— Heroes vs. Villains announcer, when Rey gets the final, game-winning kill

"Rey has been spotted. Be careful around that scavenger."
— First Order announcer when an opposing Rey player spawns

"Rey has been seen. Exercise caution around her."
— First Order announcer when an opposing Rey player spawns

"Rey is here. Now the Force is really with us!"
— Resistance announcer when a Rey player spawns

"With Rey fighting for us, we'll surely win this!"
— Resistance announcer when a Rey player spawns

Promotional art of Rey with BB-8

Rey's hologram on her character screen.

Rey next to the Millennium Falcon outside of Maz's Castle on Takodana.

Rey in The Graveyard on Jakku.

Rey in Starkiller Base.

Rey in Theed Palace on Naboo. 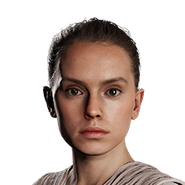 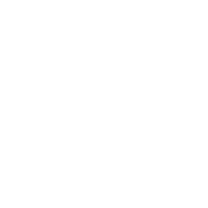