When the Power Up is found by a pilot, it will spawn two TIE Bombers which will follow them and act as AI wing men; it will get fighters off of a pilot's back and get plenty of kills. The Bomber could originally three-shot enemy fighters with near 100% accuracy across a map, but this was changed, with the same going for the TIE Defender. If the player dies, their bombers disappear.

The TIE Bomber returns in Star Wars Battlefront II, and is now playable. It serves as the Bomber for the Galactic Empire and is available in Starfighter Assault and on certain maps in Galactic Assault and Supremacy.

The TIE Bomber serves as the heavy hitter for its team, being able to deal heavy damage to objectives, enemy starfighters, or infantry on the ground if not taken care of. Despite its firepower, it suffers from having decreased maneuverability compared to other ship classes.

The Electronic Countermeasures ability allows the TIE Bomber a brief reprieve from enemy lock-ons, as well as temporarily getting rid of enemy starfighters ability to know where to lead their shots. This allows the TIE Bombers to attack objectives and to make pursuits harder for its attackers.

With the Multi-Missile Lock ability, the TIE Bomber targets up to three different starfighters or objectives in order to spread damage out to its enemies. The missiles lock on instantly and work well in making enemy starfighters scatter in their attempt to avoid the missiles. 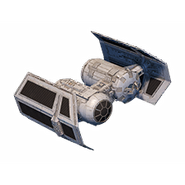 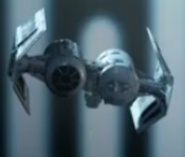