The Unknown Regions refer to the vast swaths of space in the Star Wars galaxy beyond the Outer Rim Territories, which are unexplored, uncharted, and foreign to the inhabitants of the "known regions" of the galaxy. Thus, the Unknown Regions serve as a source of wonder, tales, and mysteries to the people of the Star Wars galaxy. After the Galactic Empire was defeated by the New Republic in the Galactic Civil War, many Imperial loyalists, officers, and war criminals fled to the Unknown Regions to escape the watchful eye of the Republic. These loyalists eventually regrouped and formed the First Order, dedicated to overthrowing the Republic and restoring the Empire.

The following is a list of maps set in the Unknown Regions and the modes they can be played in: 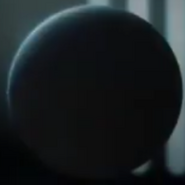