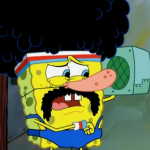 Hello, my name is Human Beaver Enterprises or Kirbymasters87, as I am the God of Redman X Owl Haters and a C.I.S Fan. I work on a wiki called Super Smash Plush Wiki too so go check that out. Star Wars: Battlefront has been released for,

Kirbymasters87 is a Pen X Pencil Shipper in which he made the game series, Super Smash Plush in May 1, 2016. He would later make the sequel, Super Smash Plush Melee and publish it on the first day of 2018. A third game is set to come out in July 14, 2019.

2 Days until Smash Ultimate, it's almost here everyone!

Smash Ultimate has just come out! Anyone ready?

Working on episode 13 of No Effort Edition. :P

Working on Episode 15, so stay tuned.

Episode 16 is coming out today, but I need to do the voices. :P

We're almost to the finale, only two more challenges!

Posted episode 18 at 6AM? That's weird. But I might as well finish the last two episodes.

Episode 20 is coming out soon.

No Effort Edition 2 is coming out tomorrow.

Did anybody enjoy the new No Effort Edition sequel?

No Effort Edition 2 Episode 3 is coming out today everyone!

No Effort Edition 2 Episode 5 somehow got released at 1PM. IDK why, but it was quick.

May the Wrist Rockets be with you.

This is late but at least I got my streak back.

15 Years of Battlefront. I might do a Galatic Conquest Randomizer Battlefront for BF1 and BF2.

Okay, I know this is late but I am back.

May the Wrist Rockets be with you. Again.

Have a great Summer you guys!

I have now reached 1,000 edits on The Battlefront Wiki, let's go!

Retrieved from "https://battlefront.fandom.com/wiki/User:Kirbymasters87?oldid=99567"
Community content is available under CC-BY-SA unless otherwise noted.