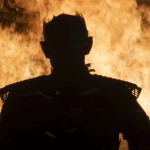 Hello there! I am Reddyredcp, but you can call me Thomas. I'm a college student and an administrator on the Star Wars Battlefront Wiki dedicated to the Battlefront video game franchise that I, myself, actively play as a huge Star Wars fan. I also am a contributor to several other Wikis across Fandom. Feel free to leave me a message on my wall if you have any questions, comments, or concerns!

I played the original Star Wars: Battlefront games developed by Pandemic Studios when I was very young with my brother and friends. I became more actively involved the Battlefront community around 2015 when it had already been announced that DICE, the developers behind the Battlefield series, were taking the reins of a rebooted Battlefront.

I started my work on Fandom when it was still known as Wikia as a contributor on Wookieepedia, motivated by love for Star Wars and its stories, and have worked on several other Wikis, including the Game of Thrones Wiki and Sly Cooper Wiki. My name, Reddyredcp, comes from my favorite color, also the color of my hair, red, and an old alias I went by when I played Club Penguin as a child, but I more often go by my real name, Thomas, today.

Prior to and during my early days on Wikia, I moderated several forums on the internet and was an active member of others.

I currently am a student in college.

I can be reached out to on my message wall here on the Star Wars Battlefront Wiki or other Wikis that I contribute to.

Retrieved from "https://battlefront.fandom.com/wiki/User:Reddyredcp?oldid=74462"
Community content is available under CC-BY-SA unless otherwise noted.