A sinkhole world in the Outer Rim housing Grottoes and home to the Utai and Pauns after the planets namesake. It is also may be one of the birth places of the Jedi Order and the last planet where the Clone Wars were fought. This map features Hanger 10 and some Highways. -- Description

Utapau was a grassy planet that was visited by Obi-Wan Kenobi during the events of Star Wars: Episode III: Revenge of the Sith. It was covered with massive sinkholes, on the sides of which were the buildings and walkways of the planet's residents. Obi-Wan was visiting the planet on a search mission for the CIS leader General Grievous, after the Emperor tells Anakin that their reconnaissance troops have found Grievous stationed there. Later, this is also the location where Obi-Wan's troops betray him and attempt to kill him after Order 66 was given. The main recognizable feature is the hangar where General Grievous is holding a meeting with the other leaders of the CIS to inform them of their relocation to Mustafar, and is also where Obi-Wan confronts Grievous later in the film. The outlandish architecture and open roads allow for both short- and long-range fighting, and the tanks AATs, Alliance AAC-1s, IFT-Ts and AT-RTs allow for extra fire power. 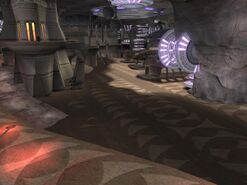 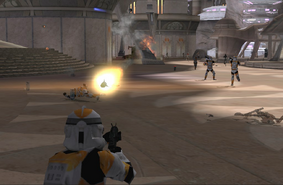 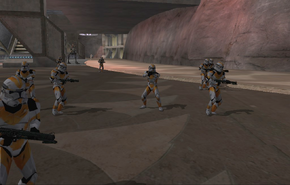 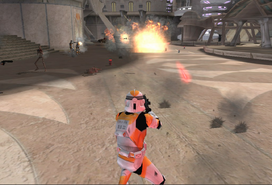 Retrieved from "https://battlefront.fandom.com/wiki/Utapau:_Sinkhole?oldid=96388"
Community content is available under CC-BY-SA unless otherwise noted.